Aeonium (a-OH-nee-um) are a wild and whimsical group of succulents from the subtropical Canary Islands. With pinwheel rosettes perched atop long, undulating stems they make a striking subshrub in Mediterranean climates and a real stunner of a window sill plant everywhere else. Whether kept short and tidy with pruning or given space to branch and sprawl, these showy beauties are sure to captivate. 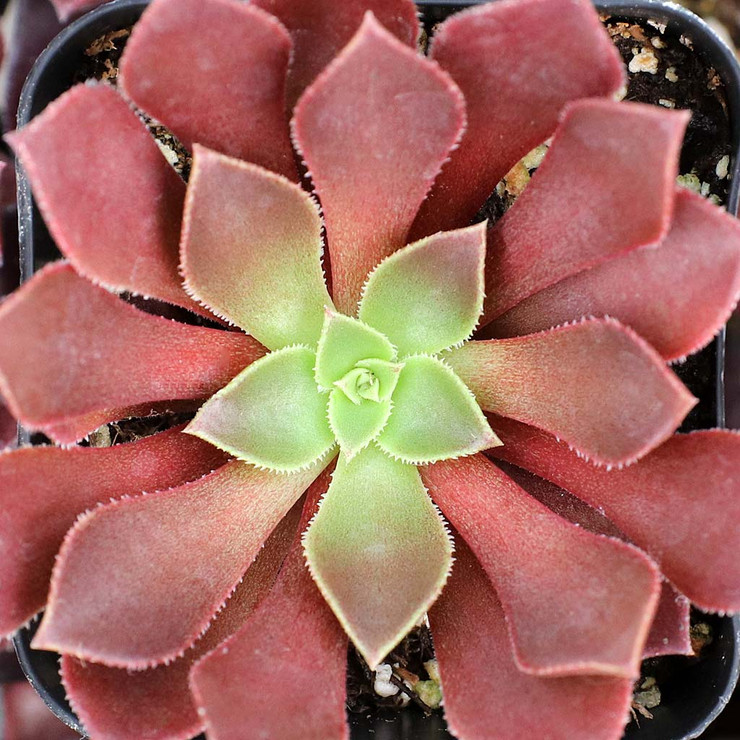 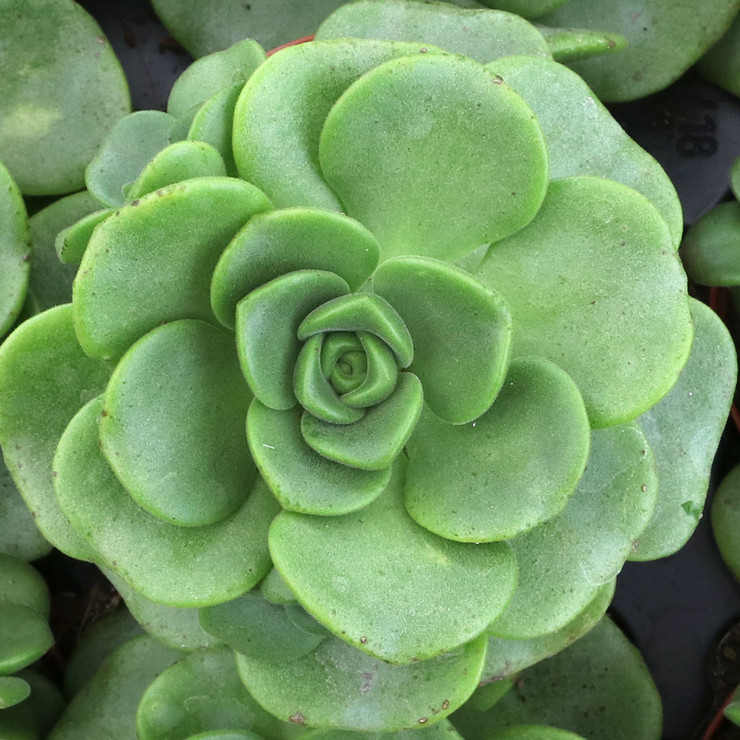 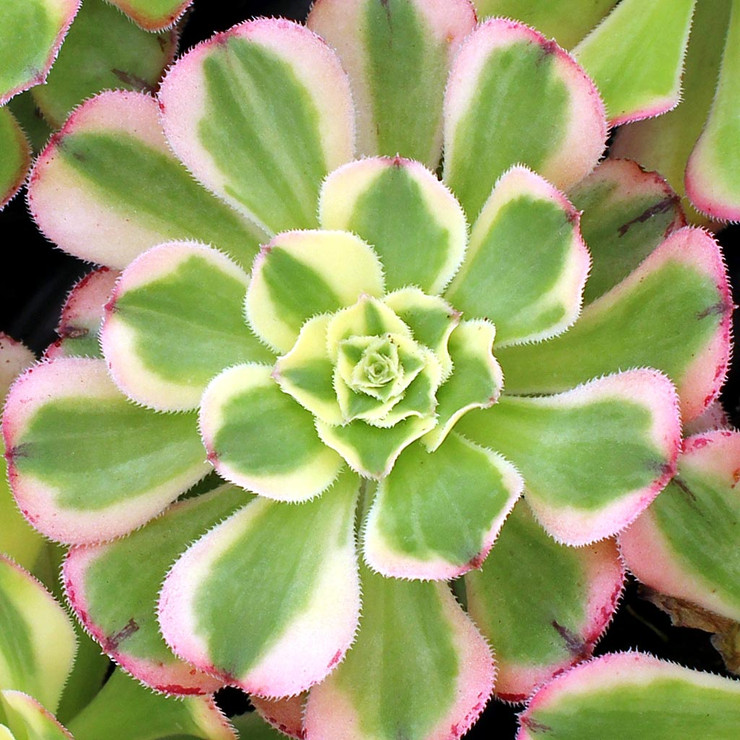 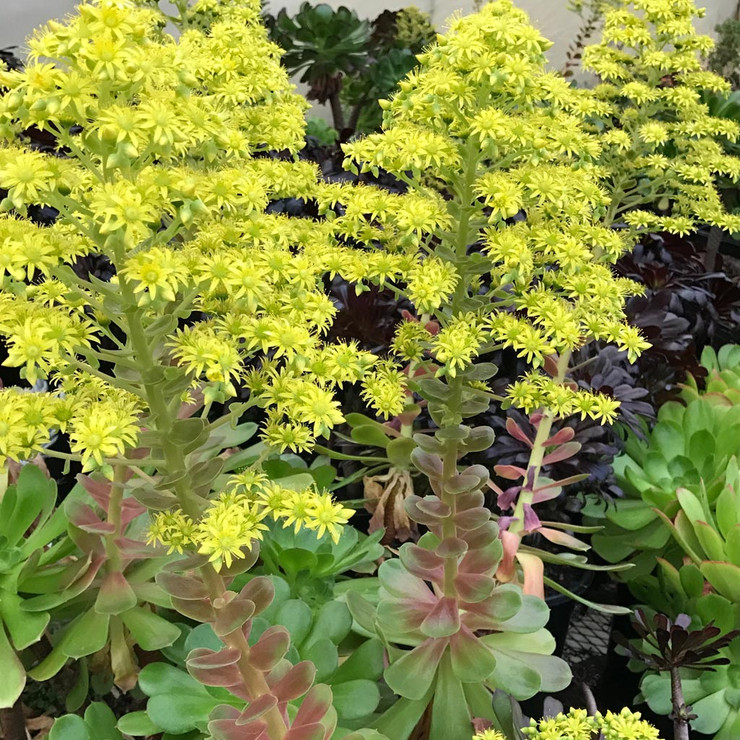 NOTES FROM THE NURSERY

Aeonium leaves are very sensitive and regularly have SHIPPING ISSUES including bruising, abrasions, and curled leaves. We package as carefully as possible but things can go wrong in transit. Therefore, this plant is not recommended for retail shelves or display purposes. The brown marks will disappear gradually as the plant grows and replaces the bruised leaves.

When first described by 18th century botanist Carl Linnaeus, these plants were named Sempervivum arboretum. While they’ve since moved on taxonomically, Aeonium are somewhat of a tropical, tree-like cousin of the hardy, northern Sempervivum (Hens & Chicks). The current name of the genus comes from the Greek aionion, or “eternal”, in reference to the plants’ resilient nature and longevity.

The broad variety of forms, colors, and sizes within this genus are a product of their mountainous, island origins. As different populations became geographically isolated, they diverged down different evolutionary paths. The result is the rich diversity of species we see today, compounded by the large assortment of cultivated varieties produced by hybridizers.

A word on dormancy. Aeonium differ from many of our other succulents in that they grow through the winter and go dormant in summer. This is a nod to their native climate, where winters are mild but rainy and summers are too hot and dry to support growth. Accommodate their natural patterns by allowing them to dry out during summer dormancy. The rosettes with shrink and close up when dormant, but reopen as they rehydrate in the fall.

“One thing I love about succulents, and aeoniums in particularly, is that no flowers are needed to put on a great show. Yet when they do bloom, the colors are spectacular.” (Debra Lee Baldwin, Succulents Simplified).

Next Article in Topic

Not finding what you're looking for? Contact Us Directly